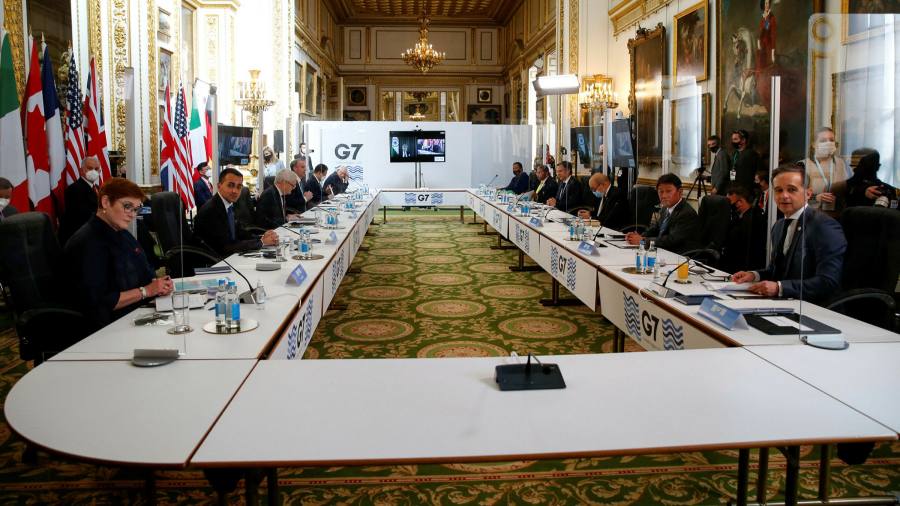 Major advanced economies in the Group of Seven are close to a deal on corporate taxation of multinationals, paving the way for a global deal later in the year to create new rules for imposing levies on the largest companies around the world.

A G7 pact could be sealed as early as Friday after progress has been made among senior officials in recent days – and would be a powerful force and a precondition for a deal in the formal negotiations taking place at the OECD in Paris and led by the G20 at large.

An OECD deal would likely result in the biggest upheaval in international business taxation in a century, dramatically reducing the ability of companies to shift profits to low-tax jurisdictions and ensuring that America’s digital giants pay more money. taxes in the countries where they have made sales.

Under the Biden administration, the United States lobbied for the G7 to reach its own consensus to boost OECD talks so that a final deal could be reached in the months to come.

Last week, the United States downgraded its ambitions for a global minimum corporate tax rate from 21% to an effective rate of 15% to increase its international appeal.

He also reassured other countries that he was serious in his offer to allow the taxation of a slice of the global profits of the largest multinationals based on the location of sales, and the two “pillars” of the agreement are inseparable.

In recent weeks, the United States has grown increasingly confident that it had most of the G7 members on board with their plans, which built on the plans developed by the OECD the last year. Germany and Italy have been strong supporters of a global minimum tax. Daniele Franco, Italy’s finance minister, who chairs the G20, said on Friday that the latest US proposal was “another important step” and that the prospects for a global deal on international tax reform were “now concrete”.

France and the UK have placed more weight on the localization of tax payments. International officials describe the UK as having been “difficult” in the negotiations. But in London, ministers and officials insist they want to make sure both elements of the deal come first and that the US administration is serious about pushing for a change in where the tax is paid. on corporations through Congress.

British officials said over the weekend that their position had not changed, but those close to the negotiations said that over the past week there had been some sort of meeting of minds and an agreement, initially at the G7, seemed likely.

The G7 has no formal role in the process, but the nations of the United States, Japan, Germany, the United Kingdom, France, Italy and Canada form a powerful bloc in other forums. The group is hosting a virtual meeting of finance ministers on Friday and a face-to-face meeting on June 4 and 5 in London where the core elements of a deal can be agreed upon, officials said.

If a deal can be reached informally by finance ministers, G7 leaders could sign it formally at the Cornwall summit June 11-13, presenting a plan to the 139 countries negotiating under the “inclusive framework” at the OECD.

In a sign of growing interest in the chances of a global corporate tax deal, Jake Sullivan, the US national security adviser, tweeted on Saturday: “The world is closer than ever to a minimum tax. global. Glad to hear a positive reception to our proposal and thank you to Secretary Yellen and our partners around the world for their work on this topic. This is what it feels like to lead the world to finish the race to the bottom. “

The G20 have said they want to strike a deal by the summer and the G7’s progress makes that ambitious timetable still barely possible, although officials close to the talks believe October may be a more realistic date for a full international deal. .

Countries with lower corporate tax rates have yet to agree. Irish Finance Minister Paschal Donohoe stressed that small countries must be able to continue to use taxation as a competitive tool.

The Irish Ministry of Finance said on Monday that “key decisions have yet to be discussed at political level by the 139 finance ministers in the [OECD] inclusive framework, including timetable for implementation and legal basis [for the proposals]”.