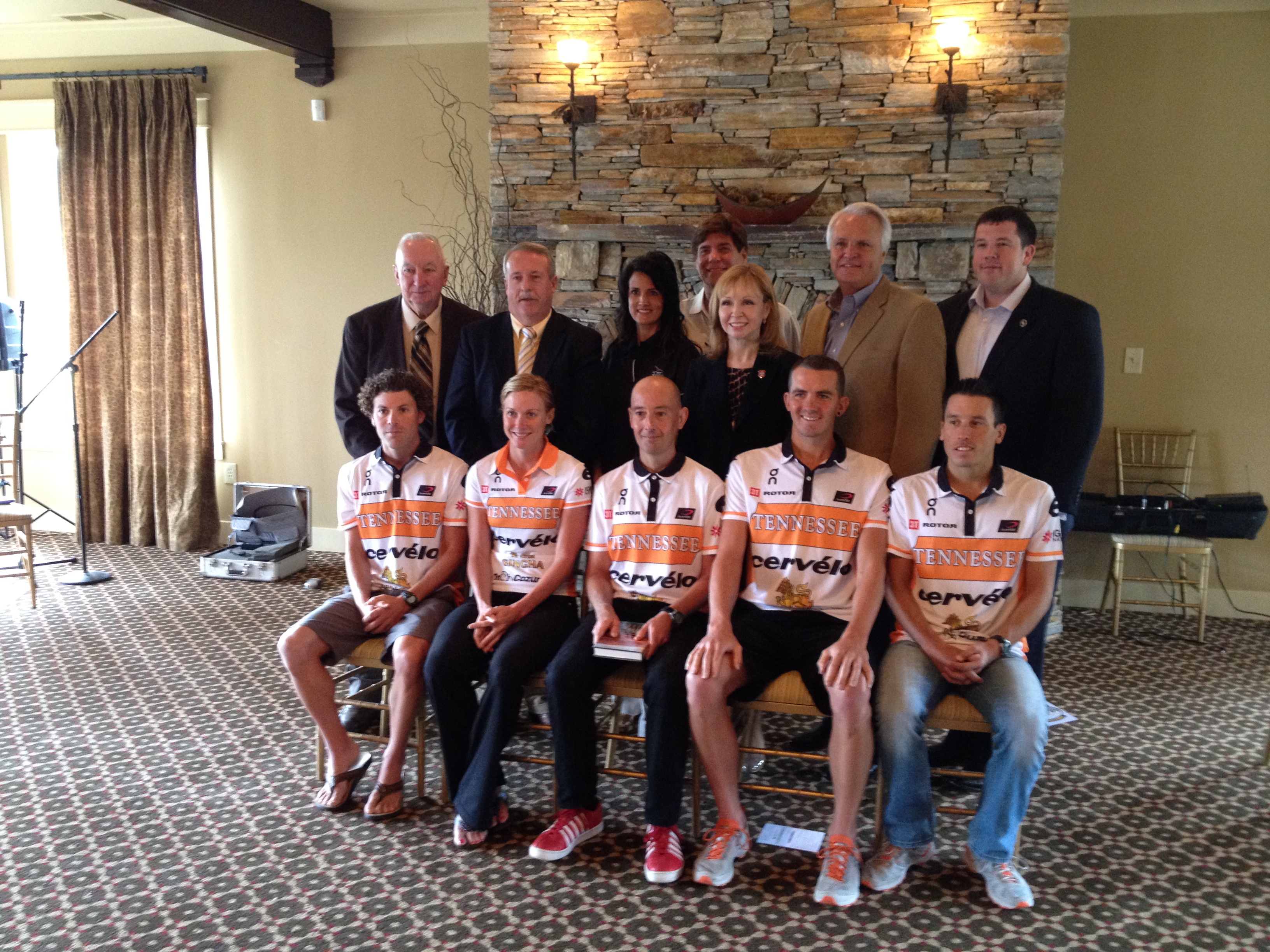 teamTBB with state and local officials

It makes sense that Ironman triathletes come to the land of the Iron Mountains to train for one of the most rigorous competitions in the sport.

The world’s first international triathlon team, teamTBB, announced at a recent press conference at the RedTail Mountain Golf Course, they are establishing their official training base in the United States in Mountain City, Tennessee (Johnson County). teamTBB is a select group of international Ironman competitors from all over the world, including Switzerland, France, Germany, Australia, South Africa, Colombia, England, Mexico and the United States.

Athletes will train in the northeastern Tennessee region between May and August. The base of operations in the United States will be located at the RedTail Mountain Golf Course and sponsored by Lyle Habermehl, owner of the facility in northeastern Tenn.

“It makes perfect sense that Ironman triathletes come to Iron Mountain country to train for one of the toughest competitions in the sport,” said Lieutenant Governor Ramsey. “The TBB team is a great organization with a commendable mission and Johnson County is a beautiful place full of hard working people. It’s a perfect fit.”

Commissioner Whitaker concluded her remarks by saying, “Not only are the TBB team here to be the best they can be, but they’ve found the best place to be here in Mountain City, Tennessee, breathtaking. ”

The Ironman Triathlon competition involves three continuous and sequential endurance disciplines which are: 2.4 mile swimming, 112 mile cycling and a 26.2 mile marathon. The Ironman World Championships are held annually in October on the Big Island of Hawaii (Kailua, Kona).

As an organization, teamTBB is also focused on helping “developing athletes” who would otherwise not have the opportunity to succeed as a professional triathlon athlete. As the partnership grows in Northeast Tennessee, teamTBB will not only train athletes to pursue their dream, but will also have a social impact on their community by hosting training camps for visiting athletes. and working with local children and youth to encourage them to exercise and live. a healthy lifestyle.

Share the article on social media or by email:

2013-06-26
Next Post: US Travel names Tennessee Tourism Commissioner Susan Whitaker as 2013 Tourism Director of the Year