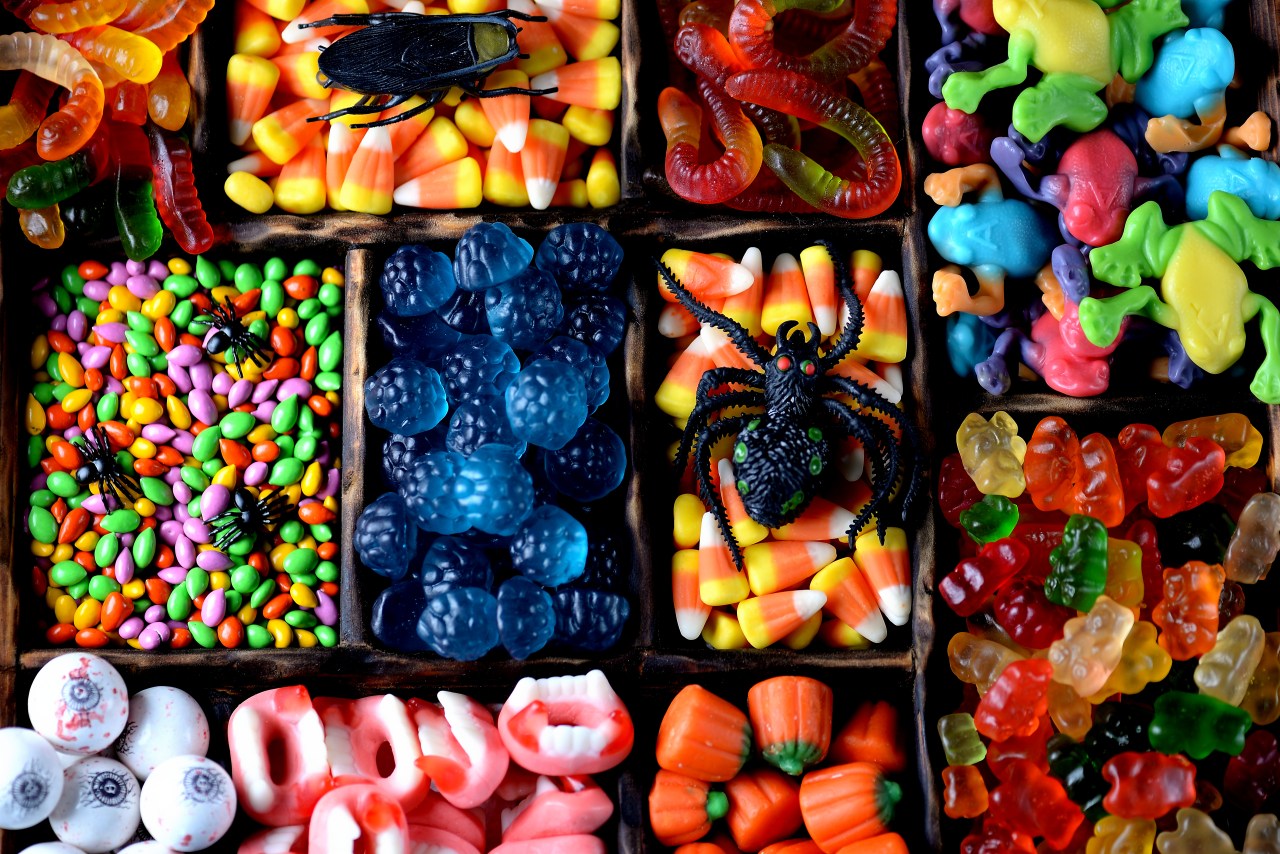 Halloween shoppers have many delicious decisions to make before candy treats show up on their doorstep. And in many states, those choices will change the amount of taxes they pay.

Trying to distinguish between these two groups of treats can be devilishly difficult for shoppers, but for the Illinois Department of Revenue the difference is simple. The first three are candy, and the other three are not.

This example illustrates how state sales taxes can affect taxpayers, retailers, and buyers of Halloween candy in unexpected ways.

The importance of sales taxes

From a state perspective, there’s a lot to like about sales taxes, which are the levies you pay when you buy a cup of coffee or a new computer. Forty-five states have sales taxes ranging from 2.9% in Colorado to 7.25% in California. The rate may be even higher in some cities which also have a local sales tax.

Research has shown that taxpayers don’t seem to pay much attention to how much they pay in sales taxes. This makes sales taxes politically attractive sources of revenue.

Not only that, states don’t have to do a lot of work in the process since businesses have to collect taxes at the point of sale, which streamlines enforcement.

For these reasons, states rely heavily on sales taxes to fund their governments. In 2019, sales tax accounted for around 31% of state tax revenue, making it the second-largest source behind income tax.

However, sales taxes raise concerns. That is, they charge low-income taxpayers more than high-income taxpayers, since the former spend a higher percentage of their disposable income on expenses that are generally subject to sales tax.

People have to buy food and other basic necessities in order to survive, making it harder for low-income taxpayers to change their shopping habits to avoid the burden of sales tax. To address this concern, many state legislatures have chosen to reduce the sales tax rate that applies to sales of certain basic necessities such as groceries and medical supplies.

Holiday shopping after October could let you celebrate in January, expert says

Illinois, for example, is lowering its sales tax rate from 6.25% to 1% for grocery purchases. Other states, like California, exempt all groceries from their sales taxes.

States must draw a line

The trick – or the treat – then becomes where to draw the line on which food should be exempt from the regular sales tax rate.

Some foods, like eggs, milk, and bread, are easy to classify as groceries. Others, like alcohol and convenience foods, are easier to exclude – and are often subject to additional taxes beyond basic sales taxes.

But how do you manage all the food between these groups? For example, is meat a necessity? What about the sweets?

One approach to this problem is to list in detail each food that counts as a grocery item, leaving the remaining foods to be taxed at the highest rate. Such a list would offer perfectly targeted tax breaks, but would require constant and costly updating as new products arrive in grocery stores.

Instead of a granular approach, states often take a more generalized approach, defining groceries as food for off-establishment consumption – which essentially means that food is purchased to be taken home, and not to be consumed on the spot – and that everything else is not eligible for reduced sales tax rates.

Many states, like Illinois, go further and provide that certain categories of food, like candy, are also not considered groceries.

These generalized approaches sacrifice precision for ease of administration, but ultimately require additional tracing. When is food purchased for home consumption? What is a candy?

When is candy candy?

States like New York sometimes turn to preparation methods to determine when food is purchased for consumption at home or on the spot. Order a bagel with cream cheese or ask for it to be toasted, and the New York City Tax and Finance Department concludes that you will dine there and have to pay sales tax. If you skip the toaster and other extras, this bagel is exempt as the city assumes you take it.

Illinois defines candy as candy and confectionery, but not if flour is a listed ingredient. A few dozen other states have similar rules, while some, like Arizona and Michigan, simply treat candy like any other grocery item.

Therefore, depending on what state you live in, that cookie crunch in your Twix is ​​doubly satisfying. It nourishes your sweet tooth while providing you with sales tax relief.

2021-10-14
Previous Post: Pondicherry opposes the taxation of gasoline and diesel under the GST – The New Indian Express
Next Post: Op-Ed: The Truth In Taxation Is Necessary For Iowa Property Tax Relief | Iowa