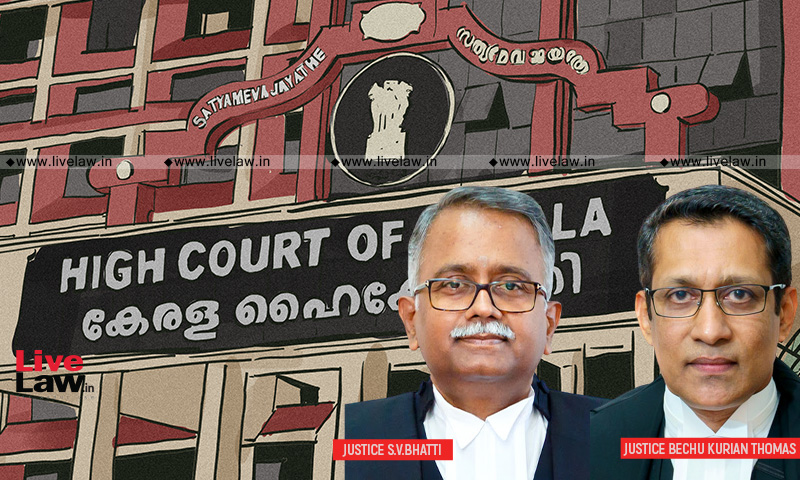 Article 25 provides no immunity from taxation on the basis of religion, salaries of nuns and priests working as teachers responsible for TDS: High Court of Kerala

The High Court of Kerala recently ruled that salaries paid to nuns and priests of religious congregations, working as teachers in educational institutions, are subject to withholding tax while dismissing a batch of nearly 50 court cases.

A divisional bench of Judge SV Bhatti and Judge Bechu Kurian Thomas confirmed the endorsement of a single bench and observed that such a tax deduction does not violate freedom of religion under Article 25 of the Constitution.

“Article 25 does not provide for any immunity from taxation on the basis of religion.” “While valid law allows withholding tax at source, we are unable to assimilate the scope of the claim that withholding tax violates the fundamental right to freedom of religion., noted the Court.

The judiciary also rejected the claim that nuns and priests do not use the salary they receive, but rather give it to their congregation, holding that if the payable income falls under the rubric of “salaries” under Income Tax Act law imposes an obligation on the person paying the salary to deduct TDS.

From 1944, the salary paid to nuns or priests by the government or the institutions assisted was not subject to the TDS. However, that changed in 2014, when income tax officials ordered district treasury officials that TDS should be performed even for employees who are members of religious congregations receiving a salary from the treasury.

The appellants went to court to challenge the decision. They cited circulars issued by the Central Direct Taxation Council in 1944 as well as 1977, requesting exemption from TDS.

A single High Court judge (Justice AK Jayasankaran Nambiar), however, dismissed the plea leading to this batch of appeals in the Bench Division.

Observations of the Court

The court found that 45 of the 49 appeals were filed by religious congregations that do not receive any direct pay. In the eyes of the law and that of the tax administration, withholding tax is to be carried out on the salary paid to the State employee. Religious congregations have no role to play in this.

Therefore, the Court declared these 45 appeals to be inadmissible. However, the 4 appeals preferred by individual nuns and priests were also found to be sustainable.

After examining Article 192 of the Law, the Chamber observed that this provision does not envisage any exemption from the obligation to withhold tax at source on the basis of the nature of the appeal, the profession or of the vocation of the person who receives the salary.

“The law obliges the person who pays the salary to deduct the tax, when the payment of the salary is made. According to the legal regime, the only focus under section 192 of the Act, on the person paying the wages, is whether the income is attributable under the heading “Wages”,“, said the Court.

The petitioners claimed that they did not use their salaries but turned them over to their congregations. But the court ruled that this was not a relevant consideration in determining the TDS and that it could only be a likely window to claim a deduction or refund.

The Court referred to Supreme Court rulings in various cases which have established that tax is the time when income is earned or accrued and does not depend on how the income is used.

The appellants argued that under canon law, once a perpetual vow of poverty is made, the nun or priest suffers a civil death and, subsequently, they are not “persons” by virtue of. the law.

However, the Court held that “the concept of civil death is foreign to the Income Tax Act and cannot be incorporated into the statute book by any means of interpretation whatsoever. The civil death contemplated under our rule of law is only the civil death contemplated in section 108 of the Indian Evidence Act, 1872. Thus, the use of the concept of civil death of nuns and priests under the Canon law, in order to avoid the deduction of withholding tax, cannot be of use to the appellants.“

The Court considered that the circular of 1977 could not apply to the salaries received by the nuns or the priests of the government or of the institutions aided.

The right to profess, practice and propagate a religion under Article 25 of the Constitution of India is not an absolute or unlimited right and is subject to the law of the land, the court said.

He added that Article 25 does not provide for any immunity from taxation on the basis of religion.

“Law is subject to public order, a term which has a broad connotation. One of the facets of public order is the law of the land. A valid law and its observance are part of public order under Article 25 of the Constitution, “Le Banc nodded.

Payment of taxes imposed under validly enacted legislation is an essential attribute of public order, the court said.

“While a valid law allows withholding tax at source, we are unable to assimilate the scope of the claim that withholding tax violates the fundamental right to freedom of religion,” he said. the stop.

The appellants argued that the non-collection of TDS for all these years gave them a legitimate expectation and a right. The Court, however, found no basis for the argument that there can be no estoppel against the law.

Noting that the Income Tax Administration admitted that it had not, by mistake, failed to properly instruct the recovery at source before 2014, the Court considered that this judgment would apply only to prospective and not for prior periods.

He clarified that this directive is not issued on the basis of any proclaimed rights of nuns or priests. The court therefore dismissed the appeal and ruled that nuns and priests who accumulate salaries from the Treasury are required to pay TDS.

In 2019, the Madras High Court also ruled that salaries received by missionaries and nuns for the teaching profession are subject to the TDS deduction, as canon law does not bind the Income Tax Act. This judgment is currently suspended by the Supreme Court, following an appeal lodged by the congregation.