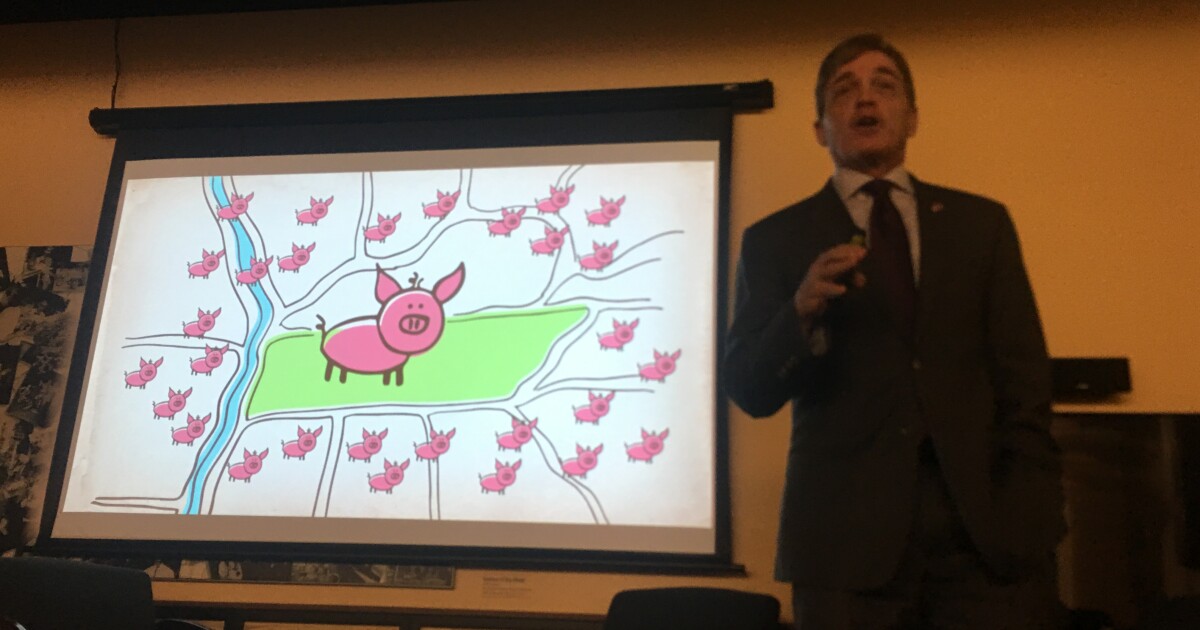 Businesses and government officials in West Tennessee are making concerted efforts to strengthen tourism in the region by capitalizing on assets such as Reelfoot Lake and Discovery Park of America to promote farm experiences and outdoor sports . The Discovery Park of America and the Obion County Chamber of Commerce hosted a tourism summit this week, with Tennessee’s new Tourism Development Commissioner, Mark Ezell.

Discovery Park of America President and CEO Scott Williams said it was important for stakeholders to come together to offer Northwest Tennessee as a tour and travel product. “I could go over there and let people know how great Discovery Park of America is and we can bring them here. But when they get here, we need them to have a place to stay, a place to go to have fun – maybe have dinner – and then a place to go rent kayaks and enjoy Reelfoot Lake. The future is very bright for tourism in this region. We’re just going to have to come together and do some hard work, ”Williams said.

Benefit from a tourist economy

Williams suggested that everyone benefits from a strong tourism economy. He said people should know that they are probably paying less tax because people come to the area and spend money. “You might not be in the travel and travel business, but your wallet is a bit heavier because of the travel and travel business. So the more we can generate, the better. for all of us, ”he said.

Commissioner Mark Ezell echoed this point. “We have the second highest state sales tax in the nation – national and local,” he said. “Why is this good news? Because that means anyone we can talk to coming from out of state into our state and leaving us that 9.75 – spending it with us at our hotels and restaurants and tourist attractions – then go and to go home and not have the infrastructure – what a great deal!

Ezell said that a county that was not engaged in the tourism effort was missing, “Because that’s the way to bring people in, to leave you dollars for the state and the locals, and then to leave and you don’t have all the infrastructure. “

He touted the increase in tourism growth in the state in recent years: In 2013, tourism brought the state $ 835 million. That number rose to over $ 1 billion in 2018 and he wants to go further in the next two years. “What’s great is that we are delivering all this money to help teachers get funds and firefighters and police and stuff,” he said.

Most of this revenue comes from the larger metropolitan areas and Sevier County (Pigeon Forge, Gatlinburg, etc.). According to Ezell, about 78 counties represent only 12%. He argued that with state help, the number of people coming from rural areas – like northwestern Tennessee, can increase.

To help rural growth, the state opens a new rural tourism office in July. The office will help rural counties identify assets and establish innovative partnerships. “We really think a lot of people in some areas don’t realize the incredible assets that can be turned into great brands. And so, therefore, we will work with people to identify these assets and help them develop them, ”he said.

For rural areas like northwestern Tennessee, experts say there is economic potential in agritourism. Scott Parrott is professor of agricultural economics at the University of Tennessee at Martin. He shared perceptions of an agrotourism study he conducted in 2012 and updated in 2013. Anyone who has been to a pumpkin patch, hay walk, petting zoo or vineyard is probably engaged in agrotourism. Parrott defined this industry as a recreational activity on the farm or on the farm. Italians call it “agritourism,” Parrott said, and noted that Tennessee can learn a lot from the efforts of the European country – where a region like Tuscany is considered a renowned destination for agri-tourism.

Parrott said that even as the Northwestern Tennessee region catches up with the central and eastern state in agrotourism, more could be done to educate farmers about the opportunities, such as building a destination for farmers. visitors to an unsuitable plot of land for row cropping and potentially benefits from the additional income stream. He pointed to a map of agritourism sites where the northwest region seemed to lack representation.

Parrott’s survey found that a large percentage of high school agricultural teachers in western Tennessee disagreed that agricultural tourism is important, compared to a more receptive response in other regions. He called for a political initiative to change this perception and include agrotourism concepts in the curricula. He found younger teachers more willing to include agrotourism in their teaching.

When asked why there should be a political initiative, Parrott said: “The opportunity to develop, to bring more people to the area, to keep them here to enjoy the natural beauty that we have here. , of the impact we get on restaurants and gas stations and hopefully hotels… Maybe, hopefully, will call this place someday.

Parrott pointed out that urban sprawl in areas like Nashville will affect agri-tourism in the middle of the state. As people come to discover Tennessee, he said, more people will look to rural areas like northwestern Tennessee for that rural farm experience.

An audience member who has an agritourism business said one of the challenges is finding part-time labor. Parrott suggested considering hiring people with criminal records who have served their sentences and are looking for work. Another challenge mentioned was the lack of broadband access in western Tennessee. A third concern was with small businesses that cannot afford to be on “pay-to-play” tourist maps.

In providing advice to local businesses, some regional economic development and tourism officials recommended that they work as a collective – promoting each other’s businesses and communicating with convention and tourism offices and similar agencies, keeping websites and images fresh and high quality and building relationships with major tourism entities, like Graceland.

Commissioner Mark Ezell used the metaphor “take bacon” to describe how he sees the growth of tourism in Tennessee. He explained that 50 million people live in the eight states that touch Tennessee and argued that many of them will be taking vacations or pleasure travel this year. “So where are they going to go?” That’s where the bacon comes in. How are we going to get them here?

He recounted a conversation with a farmer about the difficulties of the dairy industry (Ezell was president and CEO of Purity Dairies). “He said, ‘This is really about taking bacon off another man’s pork.’ And I was like ‘sir?’ “You have a pork and you need bacon, but you’d like to take it from someone else, so you keep your pork and you get bacon later.” … Really, that’s tourism. “

With that concept in mind, Ezell opened up about the “bacon” opportunities surrounding Ken Burns’ upcoming country music documentary series, which Ezell says will have more than 40 million viewers. Of the 16-hour project, he said, about 70 percent is Tennessee, a “huge” bacon-taking strategy. “There’s going to be a lot of those 50 million people around us looking to come to Tennessee … It’s a huge win for the state of Tennessee that he’s chosen country music to talk about, which means that he chose Tennessee to talk about it. “

In addition to the Burns series, Ezell noted an upcoming effort to extend Songwriters’ Week into next year, adding more rounds to get more involved. Building events like this, he said, will bring people to Tennessee. They will come the day before, stay at the hotel and spend money in the restaurant.

DPA President Scott Williams said it was important that “teamwork” be a theme of the tourism summit. Maintaining this momentum requires funding. Williams said this step includes finding a way to fund someone whose job it is to organize tours and traffic in the area. Another stakeholder meeting is scheduled in a few months. He hopes for more summits on tourism, at least once a year.